Did You Know? Insuring the Super Bowl 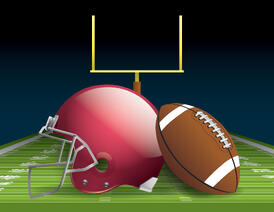 On Sunday, February 1, twenty-two on-field players, $4 million ad spots, one chart-topping pop star and more than 100 million viewers will converge in Glendale, Arizona, for the most-watched event of the year. The countdown to Super Bowl XLIX is on.

As you debate the outcome of the big game, predict the top ads and stock up on Buffalo wings and dip, it’s time to brush up on your Super Bowl insurance trivia!

Those outside of the insurance industry may be surprised to learn how much insurance organizations are involved in large events such as the Super Bowl. From the flyovers that often occur to the number of special events hosted on and off the field, everything is considered from a risk management perspective.

So what are the top five insured items at this year’s Super Bowl? We’ve got the inside scoop.

While the big game has yet to be played, planning is already underway for 2016. And with insurance coverage near the $100 million mark, it’s easy to see why the host committee for next year’s Super Bowl is already hard at work.

Now go out and wow your friends with your insider knowledge of Super Bowl insurance!