My wife and I spent the weekend in Los Angeles and had dinner with friends we met this summer on a family trip to Israel. It was a welcome reunion because the last time we saw these friends was during a near-tragedy.

After spending the day on a bus, traveling from the Dead Sea through the desert to the Red Sea resort town of Eilat, we arrived at our hotel. As we were checking in, the fourteen-year-old son of our friends collapsed. Fortunately, our group included an anesthesiologist who immediately began CPR. The young man was unresponsive until the hotel staff brought out defibrillators, which were used by the doctor to resuscitate him. During the subsequent ambulance ride and that night at the hospital, he arrested several more times. It was an extremely traumatic event that none of us will forget; however, the story has a very happy ending as the young man is now in great shape with no discernible lasting impacts from the event.

Here’s the connection to our healthcare reform discussion:

Our friends spent 8 days in a hospital in Beersheba, during which their son was housed in the ICU. After 7 more days in Tel Aviv, the family was able to return to their home in LA. Upon returning, the young man came under the care of a well-respected cardiologist, who – after a battery of tests – recommended an implantable defibrillator. A second opinion came to the same conclusion. The young man’s mother called the cardiologist who had overseen his care in Israel, because she had developed a deep respect for his opinion and he had maintained care of the young man in the early hours of the crisis. This cardiologist strongly urged her not to have an implanted defibrillator, as he was quite certain that the cause was a virus that had attacked the young man’s heart or pericardium (I am unsure of the specific diagnosis) – he further felt that the suggestion to implant was based upon ‘defensive medicine.’ 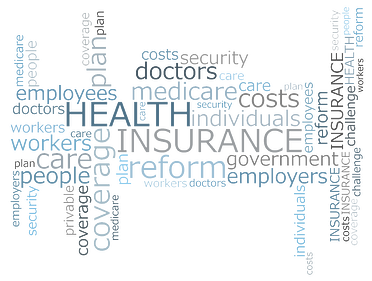 I am not a doctor and do not pretend to know which camp was correct in this situation. I do know that I have heard quite a few of these stories, and many of them from doctors themselves. My wife and I had dinner a few months ago with a couple, both of whom practice internal medicine, who told us that a full 40% of the tests they prescribe are done out of the need to cover all the bases so that they do not open themselves up to a hungry medical malpractice attorney reviewing their decisions. Take a look at the June 2005 edition of the Journal of the American Medical Association.

One insight I have garnered from speaking with doctors is that the true cost of a malpractice claim is much greater than the potential claim itself. The reputational capital cost associated with simply being sued – win or lose – is very steep, and that reputational risk may account for a large portion of the defensive decisions that are made.

Saturday evening, the House of Representatives rejected an amendment to include malpractice reform in the healthcare bill they have passed to the Senate. Why? Certainly special interest groups have sponsored their own studies to show that malpractice costs are a minute contributor to the cost of healthcare, but many studies have shown that defensive practices contribute a significant amount to our nation’s annual health bill. I have seen studies showing total contribution of between 5% and 10% of total healthcare costs. Anecdotally, I have heard higher numbers. Regardless, the impact is clearly significant enough that our representatives should be pushing hard to include this issue in any healthcare reform that has a goal of impacting costs.

What do you think?