I want to use this post as an opportunity to congratulate women in insurance on a major milestone. You’ve undoubtedly heard that Inga Beale was recently appointed as Chief Executive of Lloyd’s, one of the most high profile jobs in the global insurance industry. This unprecedented move makes Ms. Beale the first woman to lead Lloyd’s in its 325-year history. Learn more here. 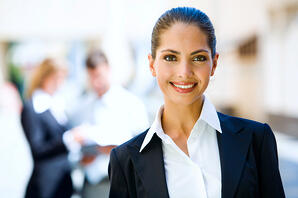 This is undeniably a huge leap forward for women in the insurance industry. Unfortunately, women still face a fairly steep uphill climb to achieve unbiased equality within our industry. In fact, the number of women working in insurance is roughly equal to the number of men – at 191,000 and 197,000, respectively. However, a 2012 study by St. Joseph’s University showed just 6% of top executive positions across the insurance industry were held by women, and only 12.6% of board seats belonged to women.

Women are making strides with accomplishments like Inga Beale’s and the support of groups like Women’s Insurance Networking Group (WING) co-founded by The Jacobson Group’s Margaret Milkint and the Insurance Supper Club founded by Jacobson’s Barbara Schönhofer.

What other accomplishments have women in insurance made this year? What other hurdles do they face?