Save the Ghosting for Halloween: Don't Let Your Professional Reputation Haunt You

There’s a new ghastly trend running rampant among job seekers. Within the past couple years, ghosting has become a common occurrence, with 83 percent of employers reporting they’ve been ghosted by a candidate. Originally a term reserved for the dating world, ghosting has expanded into the professional realm. Loosely defined, it describes a person not showing up or becoming unreachable—with no notice, explanation or follow up—at any point in the employment process. This could mean skipping interviews, stopping communication with recruiters and hiring managers, or even neglecting to show up for a first day of work. 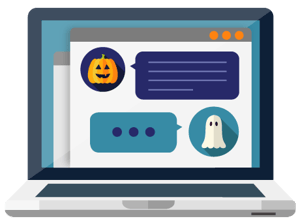 In today’s candidate-driven market, there are more open jobs than there are candidates to fill them. The national unemployment rate is at a 50-year low of 3.5 percent and insurance unemployment has fallen even lower, currently at 2 percent. Professionals are recognizing the ball is in their courts when it comes to job searching, and are often receiving inquiries and offers from multiple companies.

At the same time, a high-tech recruiting environment makes it easy to evade emails and screen phone calls. It seems many job seekers are more comfortable avoiding confrontation than delivering bad news. According to Indeed, 15 percent of individuals who admitted to ghosting said it was because they didn’t know what else to do and 13 percent said they didn’t want to hurt recruiters’ feelings. Others shared they ghosted because of issues with the hiring process, such as lack of transparency and a drawn-out experience.

Although job seekers often have the upper hand in today’s recruiting climate, there are a few things you should consider before resorting to ghosting. 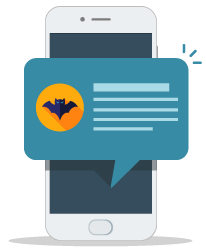 Insurance is a closely-knit community.
If you ghost an insurance company, it’s likely others will hear about it. You’ll not only be burning bridges with those you ghosted, but also with individuals and companies within their networks. Additionally, it’s probable you’ll run into certain recruiters and hiring managers again in your professional life, whether it’s at an industry event, conference or in a future role. Don’t sacrifice your personal brand and professional integrity over an unreturned email or a neglected phone call.

Your recruiter or hiring manager may switch companies.
A few years from now, you may be contemplating making a move or vying for your dream job. Imagine reaching out to the recruiter and realizing it’s someone you ghosted a few years back. The odds are pretty high you won’t be considered as an applicant. On the other hand, if you previously turned down this person with grace and respect, it’s likely they’ll keep you in the running for new roles. 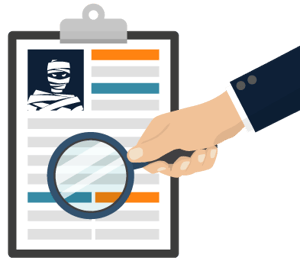 While the past few years have seen an abundance of open jobs, it won’t always be a candidate’s market. Put your best foot forward in all instances, even if it means having uncomfortable conversations. Whether or not you’re interested in a job, be respectful of everyone involved in the process. In some cases, it could even be an opportunity to build your network.

How to Avoid Ghosting
While the majority of companies say they have been ghosted, only 18 percent of candidates admit to ghosting. What does this mean? Either candidates don’t recognize the need to provide companies with direct answers, or individuals are too ashamed of the way they behaved to admit it. As you go through the job search process, here are some ways to help ensure you don’t burn bridges with potential employers.

Keep the lines of communication open.
If recruiters reach out with jobs you’re not interested in, let them know. Tell them why you’re not willing to move forward at this time or what about the job isn’t within your interests or long-term goals. Take this a step further by letting them know what you are interested in and being gracious that they approached you. This helps ensure you’ll be top of mind if the right opportunity presents itself in the future.

Be transparent throughout the process.
Some individuals will wait until they receive an offer and then stop all forms of communication. Rather than wasting time and energy going through the interview process, be transparent from the start. If your salary expectations are out of line with what a company’s able to offer, let them know. If the commute will be too much for you, share this information. Both you and the employer are investing in the interview process; don’t agree to move forward if it’s not the right fit.

Put yourself in the employer’s shoes.
While it’s definitely a candidate-driven market, it’s likely hiring managers have interviewed a number of individuals for a position and potentially have other qualified options. If you’ve gotten through the offer process and don’t show up for the first day of work, they’ve probably already told those individuals the position has been filled. Avoid frustration and extra work on everyone’s end by providing an answer, even if you have to deliver bad news. Being let down in a timely manner is much better than preparing for someone’s first day only to have them not show up.

While ghosting may be tempting for a number of reasons, keep in mind it could negatively impact your career down the road. Even if you’re receiving multiple interviews and offers, think bigger picture and put yourself in the employer’s shoes. If a role is not the right fit, a simple response is much preferred to eerie silence.