What I Learned About Healthcare Reform in B-School...

During my first year of business school, as part of an Organizational Behavior class, I was a member of a small team that implemented an organizational alignment analysis on a local non-profit, The United Negro College Fund’s Chicago area office. The UNCF has done some wonderful things since its inception, but back in the late nineties the Chicago office was having some challenges. Our project was an in-depth look at the operational and fundraising challenges in Chicago, and our team ultimately delivered a series of concrete steps to redress the issues.

While I believe we offered some well-thought-out suggestions that (hopefully) may have made a difference to the organization, the real beneficiaries in this exercise were us students. We were able to work directly with senior members of the UNCF organization and were provided tremendous access to the staff and the organization’s process documentation. The most beneficial part of the exercise for me, however, was the experience of a real world formal analysis of the root causes of business issues. What I took from the exercise was a healthy respect for the importance of uncovering and then addressing root causes instead of symptoms. 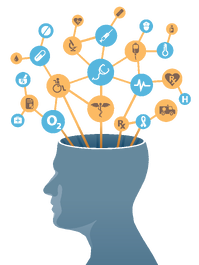 Much of this Organization Behavior class turned out to be focused on the application of root cause analysis, the astounding prevalence of change focused on the wrong variables, the heuristics that drive these errors in judgment and the sometimes devastating consequences of these errors. Unfortunately, attempts to heal symptoms not only neglect to fix an issue, but frequently end up exacerbating the issue and further veil the true root causes.

It is on that note that I again turn to the current “health insurance” reform debate. Today, the administration rolled out the latest proposal for reform, borrowing nearly all of the substantive measures approved on a partisan basis in HR3590 but adding federal control over health insurance rates, cutting Medicare Advantage reimbursement rates further, delaying the “Cadillac Tax” that would have affected union members and others with rich benefits, and replacing that revenue with increased penalties – administered via a complex process – on businesses whose employees are provided government subsidies.

Back in October, I wrote about the lack of consumerism in healthcare as the true root cause of our nation’s healthcare cost escalation issues (one of a number of primary symptoms), which in turn is a major contributing factor to many of the other secondary and tertiary symptoms we see, including the portion of the uninsured population that is involuntarily uninsured. Since that time, our government representatives seem to have moved farther away from addressing the issues that are at the heart of our “healthcare” challenges and have simply stepped up the attack on the one industry that has historically innovated to control costs. The impact of these attacks is felt everywhere in our industry. We are seeing many of our clients continue to retrench in the wake of the double blow delivered by the attacks from Washington and a major recession that has dramatically reduced their membership rolls. A government body set up to determine health insurance rates will further distort market forces that would otherwise reward innovation and efficiency, resulting in far less investment in these critical areas. Nearly every part of the current proposal focuses on symptoms and political rewards rather than root causes, and the effects on our healthcare system will be negligible at best and disastrous at worst.